Wind Turbine Inspections Keep Things Spinning “Like a Record, Round Round”

Rows and rows of wind turbines stand proudly in wind farms across the country. Each one doing a job of about 25% of the utility scale of wind favorable states. Some of those wind favorable states include Texas, Iowa, Oklahoma, California, Kansas, Illinois, Minnesota, Oregon, Washington, and Colorado. These states produce about half of the wind power in the United States, but many other areas of the US also use wind turbines. Improved technology and financial incentives to create wind farms have helped in this rising industry.

In viewing wind turbines, often you will see one or two not turning, or one seemingly turning out of sync. Energy cannot be produced with an inoperable turbine. To perform maintenance, a worker would have to make the dangerous ascent to the top of the turbine. This is done by climbing and ropes or a platform system. Besides the danger, there is the possibility of human error and loss of production time of the turbine because of a malfunction of the operating parts. The worker has to access what the problem is, then repair the malfunction. This might be in one trip, but it is possibly needed to be completed by a subsequent trip up the turbine with the right parts and tools. 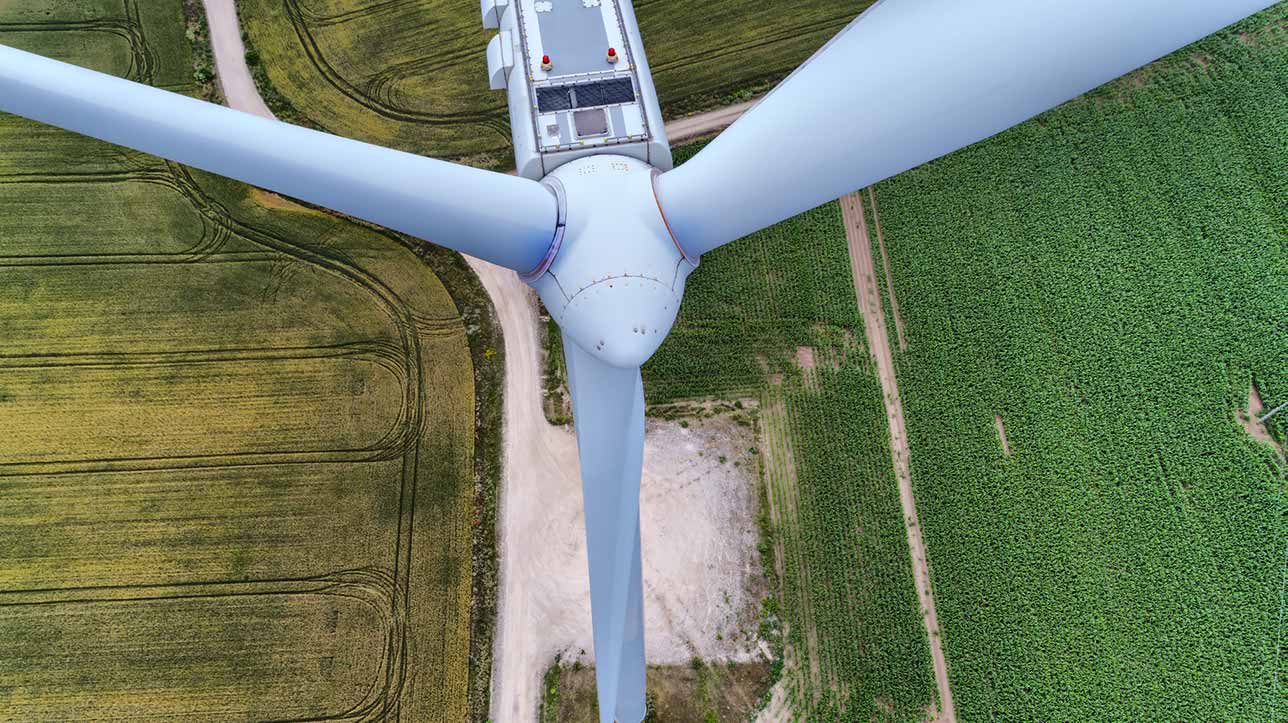 Proactive inspections with an unmanned drone will help to avoid power shutdowns of an inoperable wind turbine because of malfunctions. A Drone will provide a high-definition camera with high-resolution images in video form to give you a precise and accurate way to access the operation of the wind turbine. Inspections are done in a matter of minutes and eliminating the danger to employees. When viewing the video, it is also easy to zoom-in on an area to get a better look. The view of the drone camera may pick up what a human missed. Wind turbines generally require preventative maintenance checkups two to three times per year. Wind turbines can be “quickly inspected, without the measurement errors that come with human inspections. Thermal imagery FLIR camera can detect any energy loss and performance issues.”

Why Have a Second Party Drone Inspection?

In the event that damage to the wind turbine is caused by a storm or lightning damage, it may be something that would be covered by insurance. The insurance company will give much more credibility to a thorough report generated by a second party than those produced in-house. Why is this? An inspection done by the same company that owns the turbine may be biased to try to inflate the claim. A drone can inspect more thoroughly, in less time, and without the possible loss of life.

Can’t Anyone Fly a Drone?

You have probably seen plenty of hobbyists flying a drone in the neighborhood or park. But just buying a drone is not the answer. The drone must be capable of accomplishing the mission needed. Not any drone will do. The drone must be the right one for the job, along with ground support personnel and equipment. The company you choose must have insurance. Maybe most important is that their pilots are in compliance with the FAA’s licensing requirements for Unmanned Aircraft Systems (UAS). Be sure the company uses only certified FAA drone pilots and that all drones are registered with the FAA. In 2016 the FAA issued the rules for the commercial operation of drones. All commercial drone use must be certified.

Since 2014 our company has been on the cutting edge of drone technology. Run by a veteran of the USAF, who knows the needs to complete a mission, Mile High Drones will provide an efficient and precise service you need for wind turbine inspection services. You can be a “step ahead” of your competitors by hiring the services of a professional drone operating company. We follow all the rules of operating set forth by the FAA, so you don’t have any concerns. You will expose your employees to less workplace danger and be able to get precise accurate results with your wind turbine inspections. How can you get started in having these professional aerial inspections done for your company? It is as easy as contacting us. Do it now to avoid losing more money on inoperable wind turbines.