Why Use Drones for Cell Tower Inspections

On virtually every hillside, flat land, and horizon that we see, there is a cell tower standing proud. Even at night, you may see a blinking light that signifies its presence. Towers with lights are more than 200ft high so they can be seen for miles and warn aircraft that there is something ahead of them. Towers provide residents and businesses in that area with television, internet, radio, and phone reception. If a light goes out or the structure becomes weakened by the elements, it can cause big problems for a lot of people. This is why tower owners are encouraged to prevent issues by staying current on cell tower inspections.

There are five different types of towers that are commonly seen. They include: 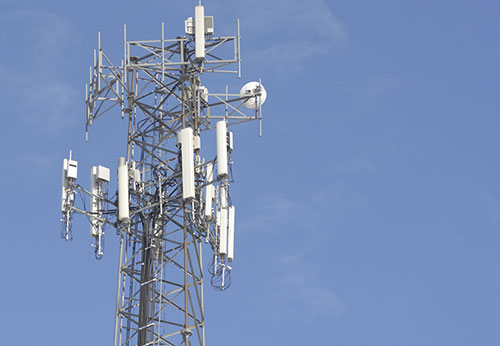 The Importance and Dangers of Cell Tower Inspections 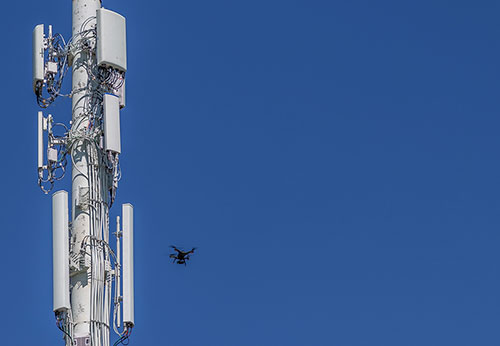 If there is a problem with a tower, someone must go up to repair it. What happens if a tower is damaged before someone attempts to climb up? Since towers are made of steel, they can rust and become weak. After very high winds, they can become unstable.

In the past, a tower inspection required two contractors and some heavy equipment. One person has to climb the tower and another person stands on the ground to watch for potential problems. This is the only way that they could be done in a way that is compliant with OSHA standards. A person climbing the structure could be very dangerous and because of the risk. For this reason, cell phone companies had to pay extensive insurance costs.

Cell towers are complicated pieces of a much larger communication system. Without towers, cell phones and other communications could be diminished. Businesses, individuals, and everyone else would be without phones and internet services. Dropped calls would be more the norm instead of the exception. The world would be lost. Both large and small cell phone services would lose customers especially if the service stayed out too long.

It is a good idea for cell phone and other tower dependent companies use inspections. Inspections are the perfect way to ensure everything works properly. Whether it is a newly built tower, a tower that is a few years old, or one that you recently acquired, drones can make inspections easier and much safer.

Telecommunication drones can fly near the tower and take high definition images and videos. This will allow you to see the damage before you send a person up into the tower and cuts the risk of injuries. The images will be able to show you any weak spots in the structure and provide you with structural mapping. Thermal imaging can also be used to provide even more accuracy.

The key to successful drone inspections for cell inspections is knowing how close you can fly without potential interferences. At Mile High Drones, we understand what is required and have been fully trained to fly safely. We are available in every location and for every one of your towers. Simply contact us to learn more.